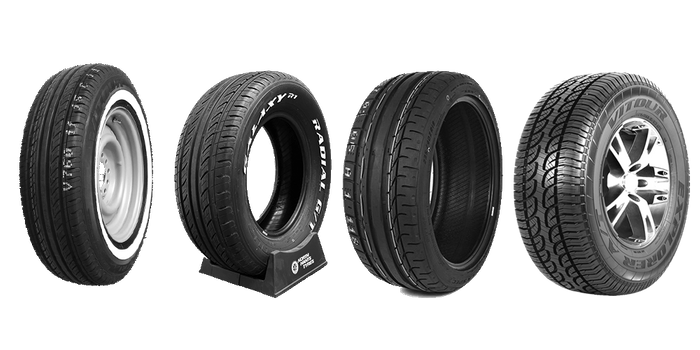 North Hants Tyres have been sole UK distributor for the Galaxy tyres Brand for since 2011 and initially purchased just the small range of Van whitewalls for the VW Transporter market but we soon worked with the company to develop a full range of White wall tyres that includes 155x13 for English Classic right up to 235/75x15 for the big heavy Yank Tanks such as Lincoln and Buick's. Several years later we worked on development and paid for the Galaxy R1 Radial moulds. Our remit was that it should have Raised White Letters and that it should have a VR speed index and handle and grip to the road like glue. The engineers did us proud and we are pleased with the result. The Galaxy RI tyre is the only V rated tyre on the market with Raised White Letter and is fully ECE approved. Vehicles such as the Cobra Replica cars were struggling to pass SVA and borrowing old speed rated tyres just to pass the test. The Galaxy tyre has solved this problem. The brand now has over 40 sizes and from our 25,000sq ft warehouse we can supply most items on a 24/48hr working day service and just a little longer to Europe and beyond.