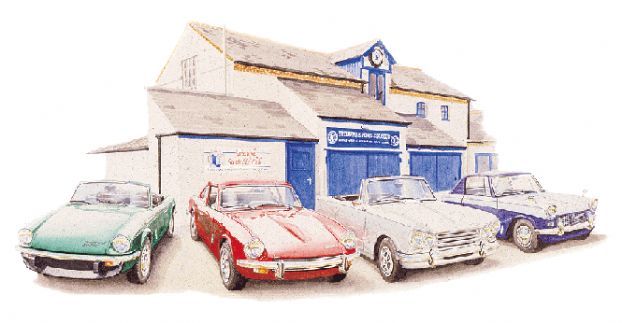 Founded in1977, the Triumph Sports Six Club (TSSC) has traditionally catered for Herald and Spitfire based vehicles including the Herald, Spitfire, Vitesse, GT6, Bond Equipe and Specials based on the mother chassis or mechanicals. As a further evolution, in 2002, the Club's 25th Anniversary year, the TSSC took on additional formal aims which included the promotion and preservation of Standard Triumph vehicles and their derivatives in general and hence opened its doors to owners and enthusiasts of all Standard Triumph cars. Based at its own Leicestershire Headquarters and Museum the TSSC aims to provide all Triumph enthusiasts with a Membership service that meets any requirement asked of it by its Members.

With the Clubs' credo of "Do More with your Your Triumph!", during the year a host of social events and trips are organised on a European (Le Mans Classic, Laon Historique, SPA Classic), National and Regional Area basis.